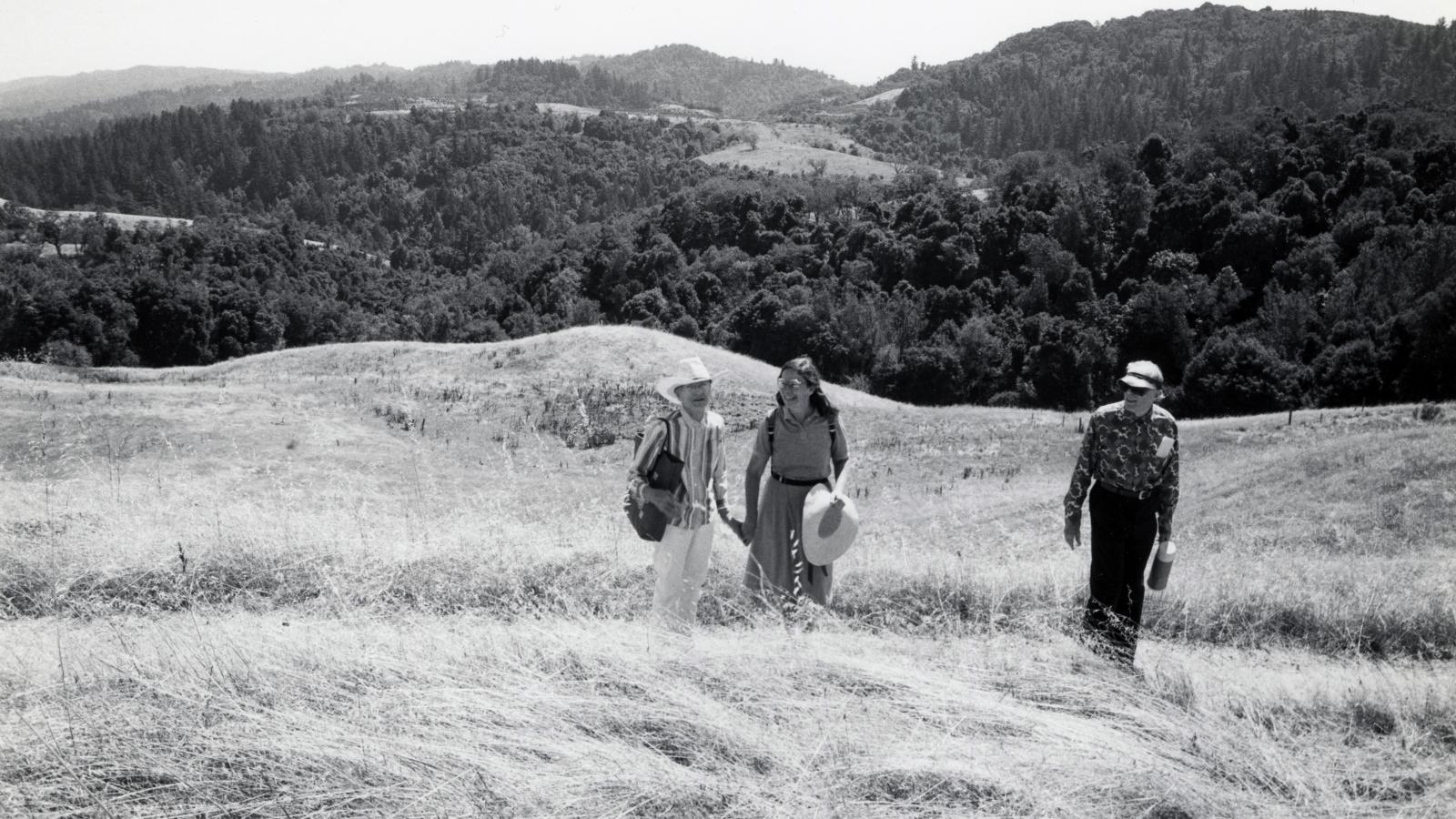 The late 1960s were a time of rapid growth in the Bay Area. As tract housing and commercial development began to dominate the “Valley of Heart’s Delight,” concern for the preservation of the midpeninsula’s irreplaceable foothill and bayland natural resources mounted among local residents.

Through a determined and heartfelt grassroots effort by local conservationists, the Midpeninsula Regional Open Space District was created in 1972, when the Measure R “Room to Breathe” Initiative was passed by Santa Clara County voters. The sentiment behind Measure R is as powerful today as it was then:

Measure R will preserve open space by creating the Midpeninsula Regional Park District (currently named the Midpeninsula Regional Open Space District). Open space is our green backdrop of hills. It is rolling grasslands, cool forests in the Coast Range, orchards and vineyards in the sun. It is the patch of grass between communities where children can run. It is uncluttered baylands where water birds wheel and soar, where blowing cordgrass yields its blessings of oxygen, where the din of urban life gives way to the soft sounds of nature. It is the serene, unbuilt, unspoiled earth that awakens all our senses and makes us whole again…it is room to breathe.

Measure R was approved by an overwhelming 67.71% of voters in northern Santa Clara County. Four years later in 1976, voters in southern San Mateo County elected to join the District in 1976. In 1992, the District further expanded by adding a small portion of Santa Cruz County and Coastside voters gave final approval of the Coastside Protection Program on September 7, 2004, extending the District’s boundary to the Pacific Ocean in San Mateo County, from the southern borders of Pacifica to the San Mateo-Santa Cruz county line.

The District is formed and makes its first purchases. From its early days, Midpeninsula Regional Open Space District would develop partnerships and financial practices that will help it leverage funding for significant regional purchases and projects over the next 50 years and beyond.

Midpen grows to 35,000 acres and makes its largest land purchase to date, the 2,200 acres that will become El Corte de Madera Creek Preserve with its majestic redwood forests. In 1986 alone, 5,000 acres of open space were preserved!

Midpen sees an enormous increase in trail use and by the end of the decade, 1 million visits are made to the preserves every year, with half of those visits to Rancho San Antonio Preserve alone!

Midpen becomes an environmental leader in research and conservation. With the appearance of Sudden Oak Death on Long Ridge Preserve, Midpen works with researchers to fight the disease. On the coastside, at-risk agricultural lands and precious watersheds are now being protected by the District.

As Midpen looks toward the future, we must steward increasingly fragile ecosystems and protect a growing number of sensitive species, while also making sure that people can access, use and enjoy their open space. To address these competing challenges, Midpen embarked on a multi-year vision plan project, which concluded in 2014. The planning process engaged over 1,500 individuals who helped determine the Future of Open Space for the next 20 years and beyond.

As we celebrate our 50th Anniversary, we continue looking toward the future as we embark on projects that will sustain our open spaces and native species in perpetuity.

Preserving over 65,000 acres and growing.