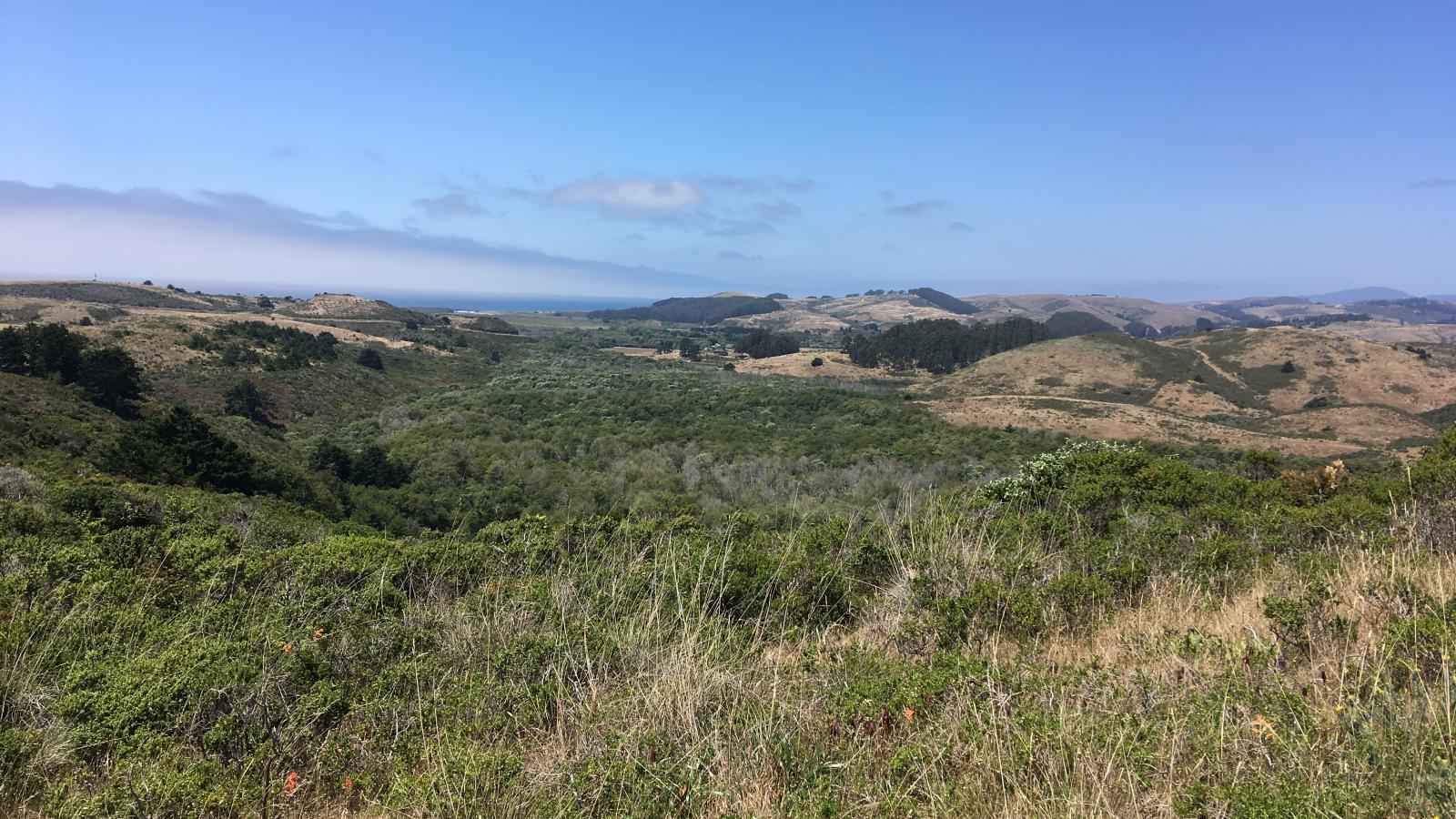 LOS ALTOS, Calif. (December 10, 2022) – At a public meeting in Pescadero on December 10, the Midpeninsula Regional Open Space District (Midpen) board of directors approved the purchase of 6,300 acres of the Cloverdale Ranch in San Mateo County from Peninsula Open Space Trust. The purchase is the single largest for Midpen in its 50-year history, and preserves nearly 10-square miles of rare California coastal ecosystems that are vital to regional biodiversity, environmental health and the local economy. Midpen’s purchase of the property, which will occur in phases, received final approval by its board of directors today at a public meeting in Pescadero. The first two phases of the transfer — totaling 5,100 acres – are expected to be finalized in the first half of 2023.

“Purchasing a large portion of Cloverdale Ranch from our partners at POST is incredibly significant for Midpen and a fitting capstone to our yearlong 50th anniversary celebrations,” Midpen General Manager Ana María Ruiz said. “This vast ecological and agricultural jewel on the Coastside is poised to become Midpen’s 27th public open space preserve and to be protected and managed in perpetuity for environmental restoration, viable agriculture and ecologically sensitive public enjoyment and education.”

Cloverdale Ranch rises from the San Mateo County coast through rolling grasslands to the forested slopes of the Santa Cruz Mountains and connects with more than 31,000 acres of surrounding park and open space land, providing critical wildlife corridors for a wide number of land and water species.

Cloverdale represents a very significant land project for POST, one of the largest in terms of both size and environmental impact in the nonprofit’s 45-year history. Its transfer to Midpen, a public agency, ensures the long-term preservation of one of the largest intact coastal terrace prairies in San Mateo County. Midpen currently manages 26 public open space preserves with more than 250 miles of trail throughout the greater Santa Cruz Mountains region.

“Back in 1997, the threat of subdivision and commercial development of this stunning, environmentally rich swath of the San Mateo Coastside was very real,” said Walter T. Moore, president of POST. “Fast-forward to 2022, and the people of San Mateo County can rely on the long-term environmental and economic benefits of resilient ecosystems and working lands.”

Since 1997, POST has protected more than 8,200 acres at Cloverdale through multiple land purchases. In the years prior to the Midpen agreement, POST transferred to California State Parks approximately 930 acres that were incorporated into Pigeon Point Lighthouse, Butano and Año Nuevo State Parks. Approximately 550 acres are currently leased to local farmers as part of POST’s farmland protection program. Following the transfers to Midpen, POST will continue to own and manage the remaining row-crop farmland and coastal bluff parcels.

A permanently protected Cloverdale Ranch represents a public-private investment of more than $60 million in combined purchase, restoration and stewardship costs made over the span of more than two decades.

As approved by its board, Midpen will purchase approximately 5,100 acres from POST in 2023, with an option to purchase an additional 1,200 acres in 2025. The total purchase is significantly discounted to $16.2 million and includes $9.9 million in grant funding and Measure AA bond funding. The 2023 transfer includes the existing Wilbur’s Watch Trail, which will remain open to the public.

“POST has invested in Cloverdale for over a quarter century – in land protection, restoration and stewardship. Our goal is that with the transfer to Midpen, the public will receive the multiple natural resource and recreation benefits of this extraordinary landscape for many years to come,” Moore added.

The Environmental Riches of Cloverdale Ranch

Cloverdale is a property with uniquely abundant water sources, both natural and man-made. Its 15 miles of streams and three critical watersheds support habitat for many rare, threatened and endangered species, while its network of springs, wells, ponds and surface-water diversions support agricultural uses while supporting habitat connectivity across the property.

Some key water features of Cloverdale include:

Cloverdale is located along the Pacific flyway for migrating birds, while also supporting nesting local bird species such as the savannah sparrow. On the ground, Cloverdale provides critical wildlife passage between coastal grassland and forest habitats for myriad species, such as mountain lion, American badger, burrowing owl and others.

Cloverdale is located within the territory of the Quiroste Tribe, one of some 50 independent tribal groups that are often referred to as the Ohlone. The Quiroste people cultivated and stewarded the abundant resources of Pescadero Marsh and occupied multiple village sites at the time of European contact in the 1770s. The Quiroste and other Ohlone tribes managed the lands for many purposes, including growing food and regularly burning the grasslands. The presence of Native people continued in this region through the Mexican and early-American periods and into the present day. Midpen and POST work with tribal governments and Indigenous descendants and communities– including Muwekma Ohlone, Amah Mutsun Tribal Band and Association of Ramaytush Ohlone – to reconnect with the land across the region.

What’s next for Cloverdale Ranch

After the ownership transfer, Midpen plans to manage the upland portion of the property as its 27th open space preserve for wildlife protection, conservation grazing and land stewardship. Midpen’s planning process to explore potential future recreational trail connections is expected to take many years and will include extensive study and public input to balance natural resource protection, local community interests and public safety. In the interim, Midpen plans to offer guided public access opportunities, and will continue providing public access to the existing Wilbur’s Watch trail.

The Midpeninsula Regional Open Space District’s mission is to acquire and preserve a regional greenbelt of open space land of regional significance in perpetuity, protect and restore the natural environment and provide opportunities for ecologically sensitive public enjoyment and education. On the San Mateo County coast, Midpen’s mission also includes preserving agricultural land of regional significance and rural character and encouraging viable agricultural use of land resources. Midpen is a public agency that has successfully protected more than 70,000 acres, including this purchase, of public open space land in the greater Santa Cruz Mountains region since 1972.  Visit openspace.org for more information.

POST protects open space on the Peninsula and in the South Bay for the benefit of all. As a private nonprofit land trust, POST has been responsible for conserving more than 82,000 acres since its founding in 1977. POST works with private landowners and public agencies to connect people and nature. Visit openspacetrust.org for more information.