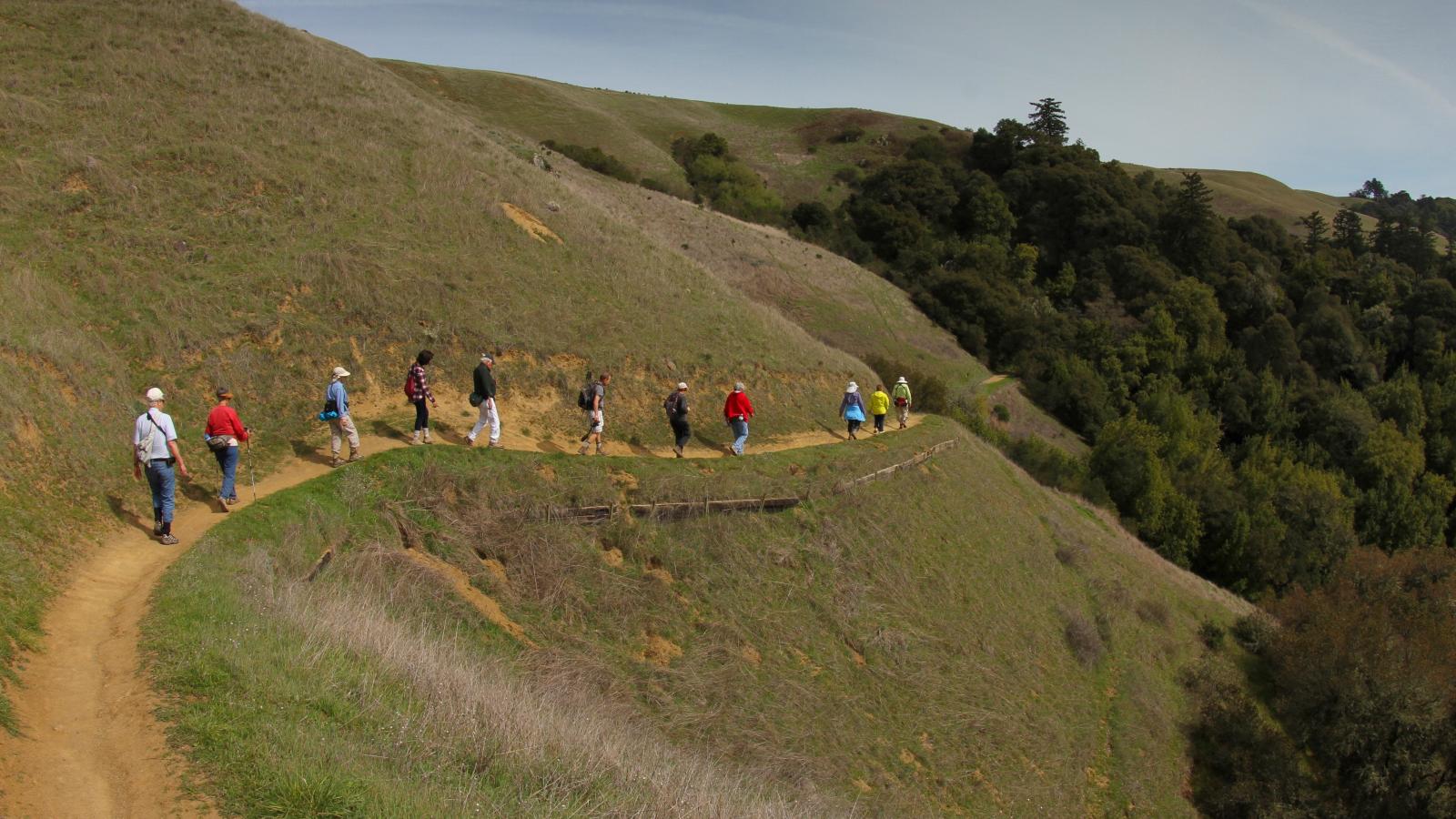 Join Docent Naturalists Frances Reneau, John Seyfarth, and Nancy Weintraub for a stroll down memory lane on the 20th hike in the "All Preserves" series celebrating the Midpen's 50th anniversary. The first stop is the bedrock mortars where Native Americans ground acorns, then around Alpine Pond to the Skyline Field Office where California Governor Sunny Jim Rolph had a house and barn, then southward on the Ipiwa Trail to Horseshoe Lake past the hog shed of Mr. John Rickey (of former Rickey’s Hyatt House hotel in Palo Alto) and then back to the parking lot. There’s an abundance of rich history to uncover and stupendous views out to the Pacific Ocean on this leisurely-paced outing.

For this activity at Skyline Ridge Preserve, meet at the Russian Ridge Preserve parking lot on the northwest corner of the Skyline Boulevard (Highway 35) and Page Mill/Alpine Road intersection (across Skyline Blvd. on the right). Those traveling from I-280 on Page Mill Rd. should allow approximately 40 minutes travel time.

To ensure your experience on a docent naturalist outing is enjoyable please review these activity guidelines.

If your activity requires registration, please be sure to cancel your reservation (from your confirmation email) if you are no longer able to attend so others can participate.

After your participation on a guided activity please share your feedback — your input is meaningful to our volunteers and program staff – thank you!