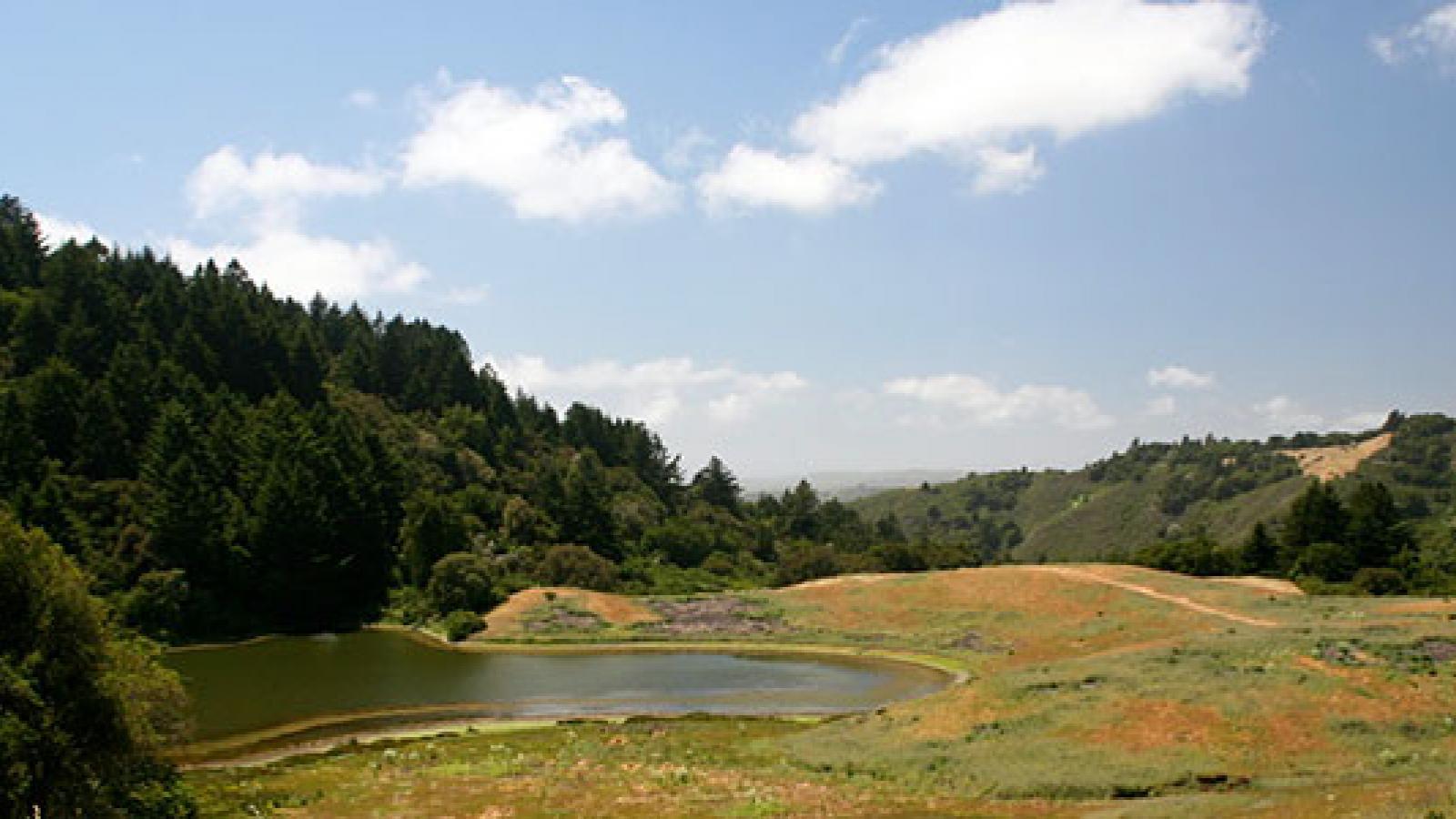 The Mindego Ranch property, a 1,047-acre cattle ranch, was added to the western portion of Russian Ridge Open Space Preserve in 2008. The Preliminary Use and Management Plan that was approved as part of the property purchase included standard resource management actions, signage and site security, structural demolition, and continuation of grazing under the provisions of a grazing lease.

Mindego Ranch Use and Management Plan

The Mindego Ranch Use & Management Plan is a long range planning effort that directs future land management, operations, and public access actions and activities at Mindego Ranch with the goal to protect and enhance habitat for sensitive wildlife species, while responsibly integrating necessary land management activities and sensitive public access at Mindego Ranch.  The plan was approved in January 2014, and the site was opened to the public in March 2016.

Mindego Gateway opened in May 2014. The site includes parking for 20 cars, a restroom, access to a popular trail system, and the Audrey C. Rust commemorative site with tiered viewing platforms, including a wheelchair-accessible terrace.

Stunning views of the Pacific Ocean are a highlight of this trail as it meanders up hilly woodlands and through meadows from the new staging area before connecting with the Ancient Oaks Trail.  Visitors can head back to the parking area along the Charquin and Mindego Hill Trails which complete the 3-mile loop that opened in March 2015.

Opened in March 2016, the final .75-mile trail segment gives hikers and equestrians access to the summit of Mindego Hill. Once at the top visitors are surrounded by the sweeping landscape with views out to the Pacific Ocean!