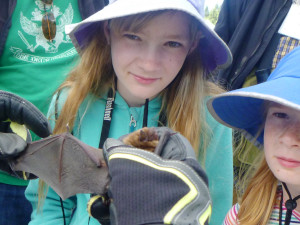 When Midpen acquired the newly opened Bear Creek Redwoods Preserve property, we were thrilled to discover a large bat colony. Many of the bats roost in the rundown abandoned buildings of Alma College, which closed in 1969. The second phase of public access, made possible by Measure AA funding, will open in the coming years and includes the Alma College site where unsafe buildings need to be shored up or removed.

“These bats are extremely beneficial to the environment,” Midpen biologist Matt Chaney said. “If you don’t like mosquitos, you should really like bats. Bats eat insects — lots of them!”

Important notice: Do NOT touch bats. Some bats may carry diseases, including rabies, that can be transmitted to humans. Avoid all contact. Humans can also spread diseases, like white nose syndrome, to bats. If you come in contact with a bat, seek immediate medical attention. Click here for more information about keeping yourself and bats safe.

To care for the bats, we have turned an old carport into a new "bat cave” and will lure them to their new home with "bat signals," recordings of bat calls. You’ll be able to watch bats flying in and out at dawn and dusk!

The bat cave was built out of a open-air, brick carport left over from the old Alma College (learn the history). Midpen staff filled the open areas with cinder block walls, so that the bats will have a nice, dark cave to roost in during the day. Not only will it be dark, but it will also be very warm. Ideally the interior will get as hot as 85-105 degrees F, which is perfect for bats when they are raising their young in the summertime.

We built narrow gates in the walls that we can adjust to regulate the airflow, while also allowing the bats to fly in and out. Sensors measure the temperature in the cave and let us know if we need to adjust the gates to keep the temperature at an optimal range for the bats.

Join Midpen biologist Matt Sharp Chaney online to learn about bats living among us in the Bay Area!  Discover their fascinating life cycles, learn about the local efforts to help protect our bat neighbors and find out how you can help.

There are many different species of bats that call Bear Creek Redwoods Preserve home. Here are two: 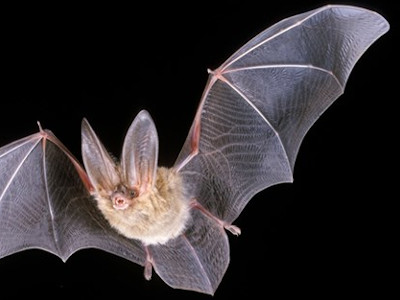 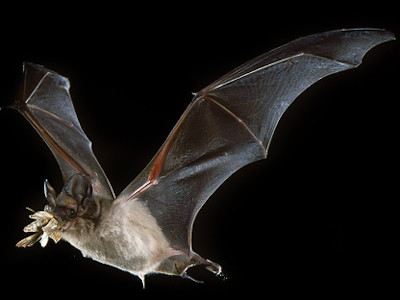 Other bats at this preserve include California myotis, pallids and big browns.