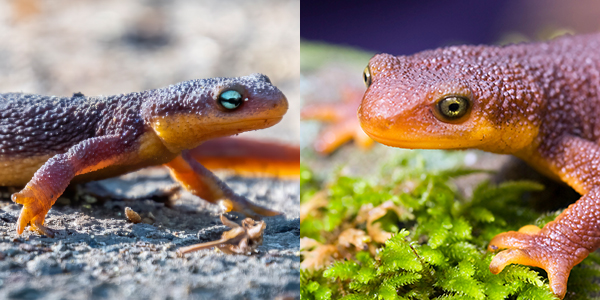 Midpen is partnering with Peninsula Open Space Trust and other agencies to conduct a newt population and mortality study to estimate the number of newts attempting to travel to and from Lexington Reservoir across Alma Bridge Road and the percentage that are killed by vehicles during a single breeding season. The study will build upon several years of community science data collected and all data will be analyzed to quantify impacts on the local newt population. Although Midpen does not own or operate Alma Bridge Road, we are committed to working with regional partners to implement solutions.

We are grateful for the volunteers and newt advocacy groups who brought this issue to our attention and who worked diligently to document over 11,000 newt deaths since 2017.

The proposed study will build upon existing community science data and help all parties to better understand:

Additional information can be found below in the report and presentation from the September 23 Board of Directors Meeting.

November through March is migration and breeding season for the California newt, a native salamander species. Newts make their way from sheltered upland areas to ponds, lakes, creeks and other wet areas to breed. Once in the water, they become aquatic and can swim.

Newts migrate in a mass and can be seen in large groups crossing Midpen trails and local roadways, especially in rain and heavy fog. Trail users are asked to proceed slowly and keep an eye out for newts. Areas of known newt migrations in and near Midpen preserves include:

Newts on the Move: Migrating Newts at Lexington Resevoir

If I see migrating newts on the trail, what should I do?