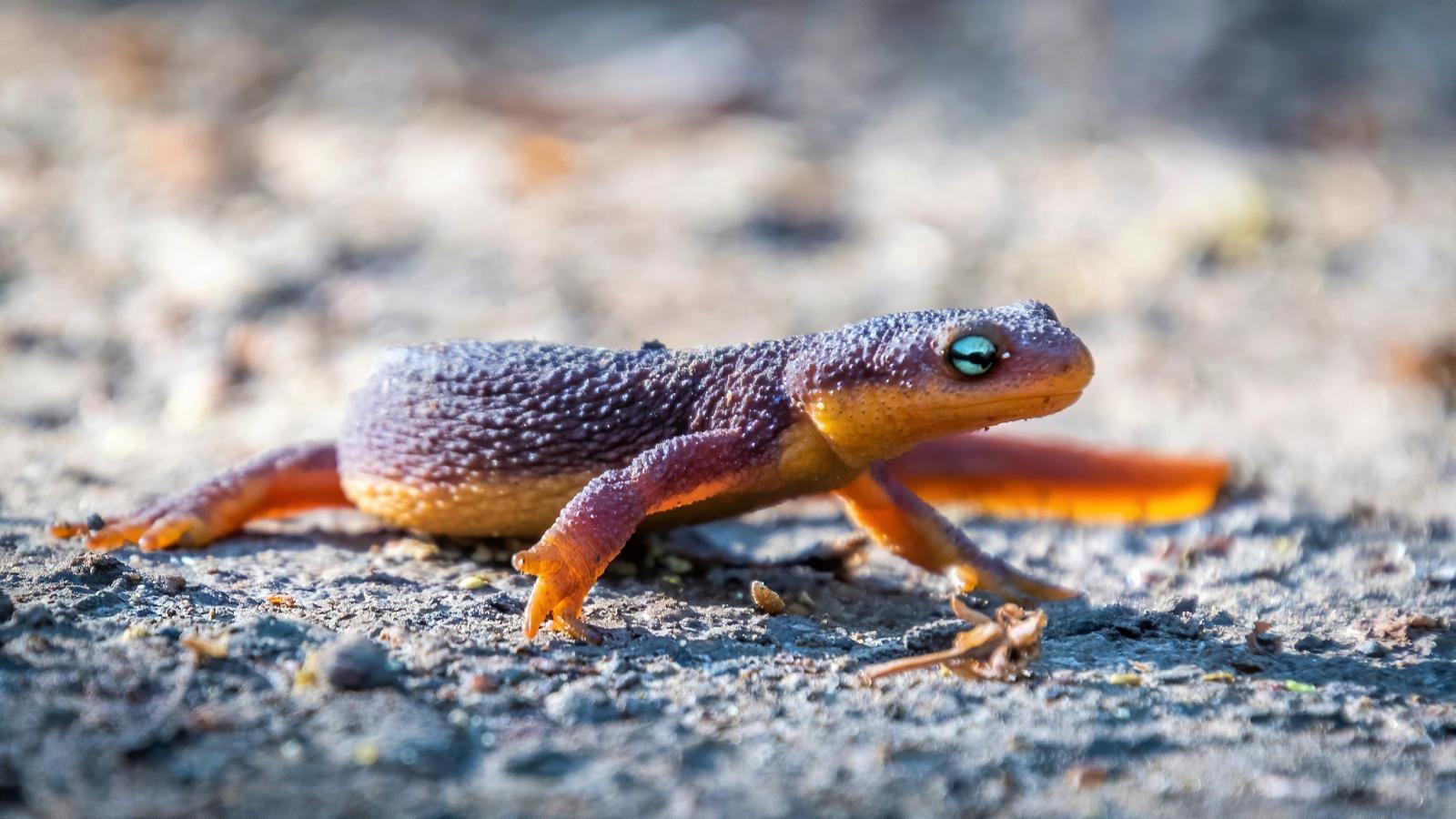 Midpeninsula Regional Open Space District trail patrol volunteer Anne Parsons noticed an upsetting pattern that would set her on a path of community science activism. After each winter rainstorm, it was evident that cars were running over Pacific newts as the small, slow-moving amphibians tried to cross Alma Bridge Road. The public road separates the newts’ wet season breeding grounds in the Lexington Reservoir from adjacent dry season habitats in the woodlands and chaparral of Midpen’s Sierra Azul Open Space Preserve. Troubled by what she was seeing, Parsons began meticulously documenting newt mortality along the roadway using the smartphone app iNaturalist.

When Midpen biologists learned that newts were dying in large numbers near Midpen open space lands, they responded by connecting with crucial partners, including Santa Clara County Roads and Airports Department, Santa Clara County Parks Department, Valley Water, community scientists, the Santa Clara Valley Audubon Society and the Sierra Club’s Loma Prieta Chapter. Together, this group is exploring protective actions to support the safe passage of migrating newts. The first step in this interagency collaboration was to determine the level of impact to the local newt population from vehicle-wildlife collisions.

Based on the results of a 2020-21 road-related mortality study, funded by Midpen and Peninsula Open Space Trust, researchers estimate that nearly 14,000 adult newts attempted to cross Alma Bridge Road during the survey period of November 2020 to March 2021. They found an almost 40 percent road-related mortality rate of the amphibians during their migrations to and from the reservoir. Through modeling, the researchers predict that this level of mortality, if it continues, may result in a reduction of the local population, possibly to the point of local extinction in approximately 60 years.

Midpen and its partners are committed to reducing the impact of Alma Bridge Road vehicle traffic on the Lexington Basin newt population. Some of the potential corrective actions being explored include at-grade wildlife crossings embedded in the road surface and retrofitting existing culverts to support newt movement, among other solutions.

Based on the scope and scale of these interventions, planning and design are expected to be complex due to such factors as hydrology and geology, as well as the multiple landowners, land uses and existing facilities in the area. Midpen has pledged to provide funding for initial design, feasibility and alternatives analysis, and is in the process of securing the services of an engineering team to further explore feasible design solutions.

Visit our Newts page to find out more