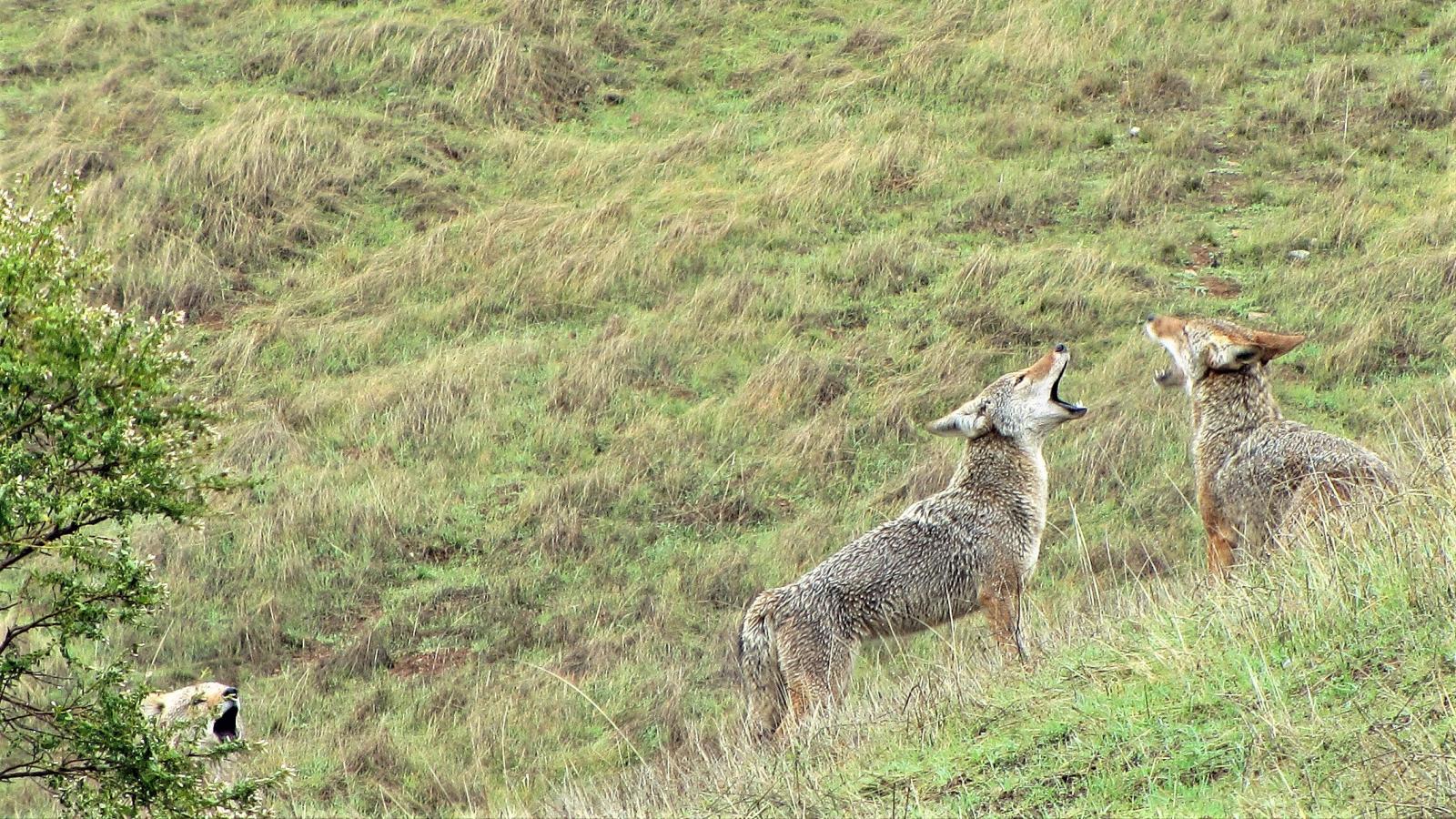 “Coyote” is a corruption of "coyotl" the ancient Aztec word for barking dog. The curious and playful animal has a recurring role in Native American myths as the trickster who brings fire to the people, but often gets mixed up in pranks that go awry.

Coyotes are found in nearly every type of habitat in California, from deserts to mountains and from wildlands to urban areas. It is estimated that there are between 250,000-750,000 coyotes living throughout California. They are extremely adaptable and can survive on whatever food is available. While they typically forage for birds, mice, insects, fruits and rabbits, they have been known to pick through garbage cans and attack pets. 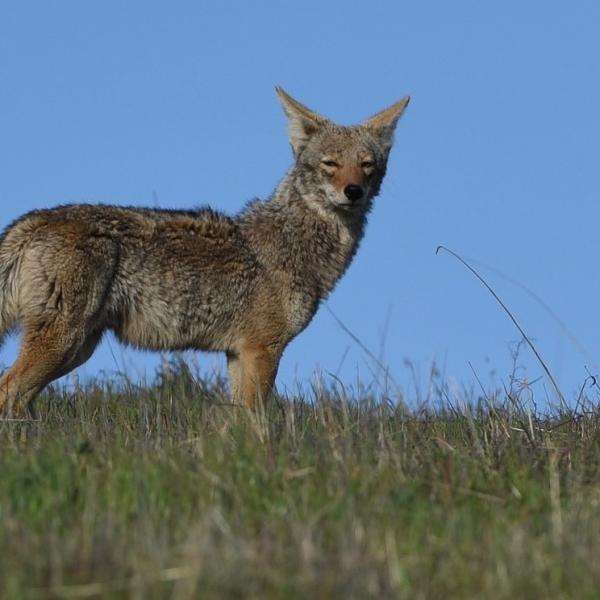 How to distinguish between a coyote and a gray fox 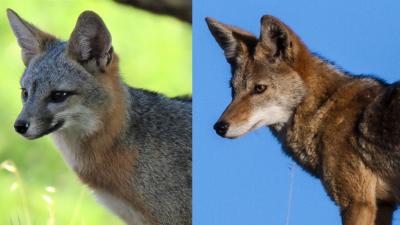 Deliberately feeding a coyote puts people and pets at risk. Reducing conflicts between coyotes and humans depends in part on coyotes retaining their naturally cautious attitude around humans. Coyotes can lose their natural fear of people and become bold, even aggressive. Feeding coyotes is a citable offense on Midpen lands. If you see a person feeding coyotes, please notify our office with a description of the persons and vehicles involved.

What to do if you encounter a coyote

Although coyotes are curious by nature and may be interested in watching human activity, they are also shy and will not approach unless they have become too accustomed to humans.

If you see a coyote behaving aggressively toward people or pets, contact a ranger or call us at 650-691-1200 (on weekends or after 5 p.m. on weekdays call 650-968-4411). The threat to public safety will be assessed and appropriate action will be taken.