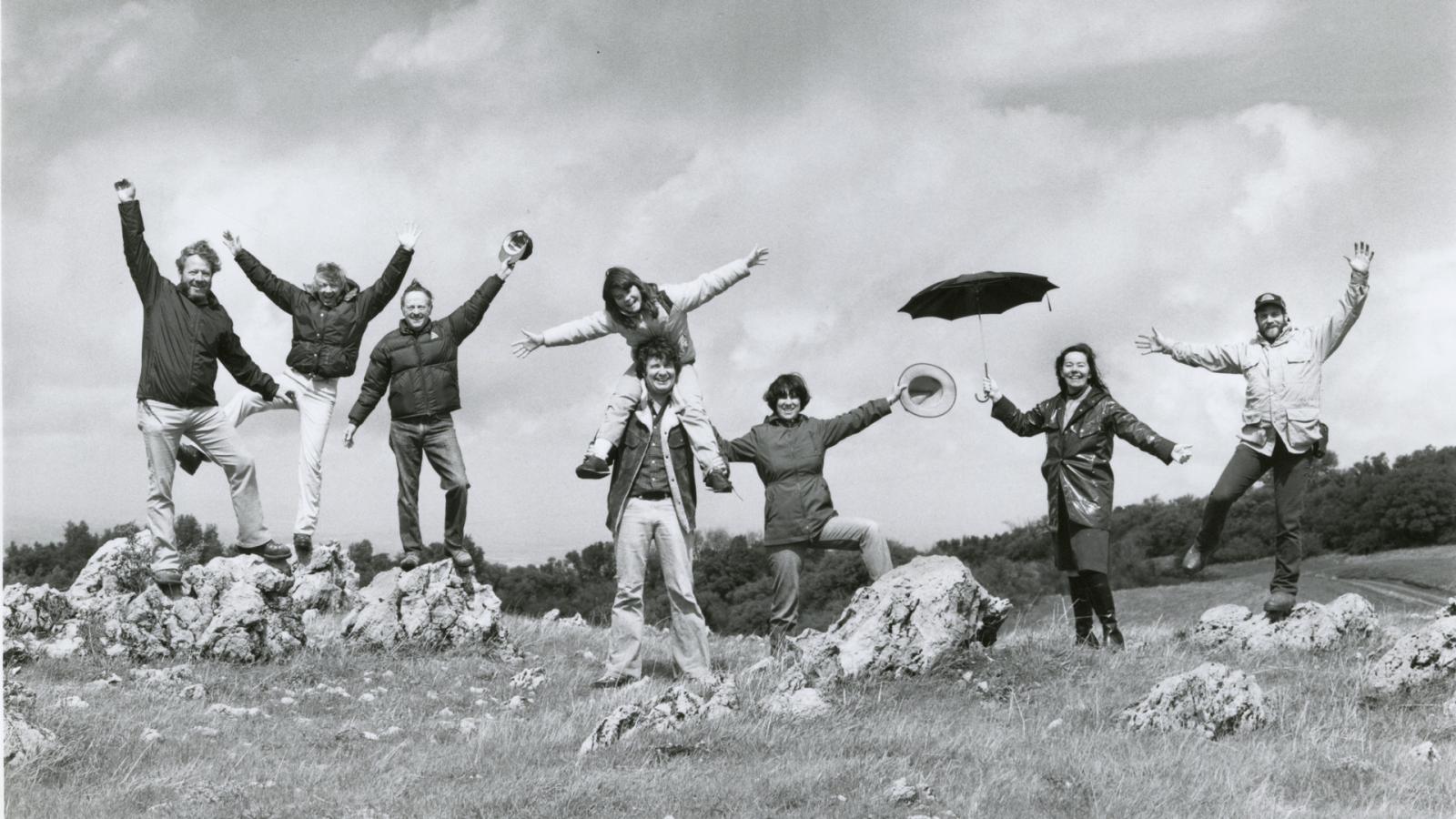 Nonette Hanko with umbrella and others celebrating Midpen protecting 10,000 acres in Monte Bello Preserve (1981).
Back to top

Hanko was recognized for more than half a century of commitment to the preservation, restoration and public enjoyment of the San Francisco Bay Area’s natural lands. Her life's work includes galvanizing the grassroots movement that led to voters creating the Midpeninsula Regional Open Space District in 1972, which is celebrating its 50th anniversary this year. She served on Midpen’s publicly elected board of directors for 46 years before retiring in 2018. During her tenure, Midpen preserved nearly 65,000 acres of public open space land in 26 preserves and opened more than 245 miles of trails for public access.

“Nonette Hanko is truly a Bay Area environmental pioneer, blazing trails that have shaped our region,” Midpen board member Curt Riffle said. “The undeveloped open spaces surrounding our communities, from the baylands south of San Francisco to the foothills and forested mountains surrounding San Jose, exist in large part because of the vision and vigilance of Nonette and her fellow conservationists. She served as the initial spark for the creation of the Midpeninsula Regional Open Space District, and her tenacious persistence over 46 years increased not only acres of protected land, but also miles of multi-use trails and restoration and protection of the flora and fauna that are unique to the Bay Area.”

In 1970, Hanko organized a group of community members as part of a grassroots effort to preserve the open space lands in the foothills and Santa Cruz Mountains of the San Francisco Peninsula. Her efforts resulted in Measure R “Room to Breathe” being placed on the ballot in Santa Clara County to create a taxpayer-funded California special district that could acquire and preserve open space lands in perpetuity. In 1972, northern Santa Clara County voters passed Measure R by more than 67% and created the Midpeninsula Regional Open Space District, preserving "room to breathe" for generations to come. Since then, Midpen’s boundaries have expanded to include southern San Mateo County and the San Mateo County coast.

“It’s a dream come true, being able to do something about saving our open spaces for people and animals,” Hanko said at the time of her retirement from the Midpen board. “There is still land that needs to be acquired and trails we need to connect. When you’re building something important, and we’re still building it, you never lose that joy.”

Midpen is also recognizing Hanko during its 50th anniversary celebrations throughout 2022 that include virtual and in-person community activities and events. Learn more about Hanko and the Bay Nature Local Hero Awards on the Midpen and Bay Nature websites. Images are available upon request.

Bay Nature is an independent, nonprofit publication and website with a vision that all people have a close relationship with nature. Every year the Bay Nature Institute honors the contributions of a conservation activist, an environmental educator, a community hero, and an up-and-coming young conservationist at the annual Local Hero Awards. baynature.org

The Midpeninsula Regional Open Space District’s mission is to acquire and preserve a regional greenbelt of open space land of regional significance in perpetuity, protect and restore the natural environment and provide opportunities for ecologically sensitive public enjoyment and education. On the San Mateo County coast, our mission also includes preserving agricultural land of regional significance and rural character and encouraging viable agricultural use of land resources. Midpen has successfully protected more than 65,000 acres of public open space land in the Santa Cruz Mountains region since 1972. openspace.org