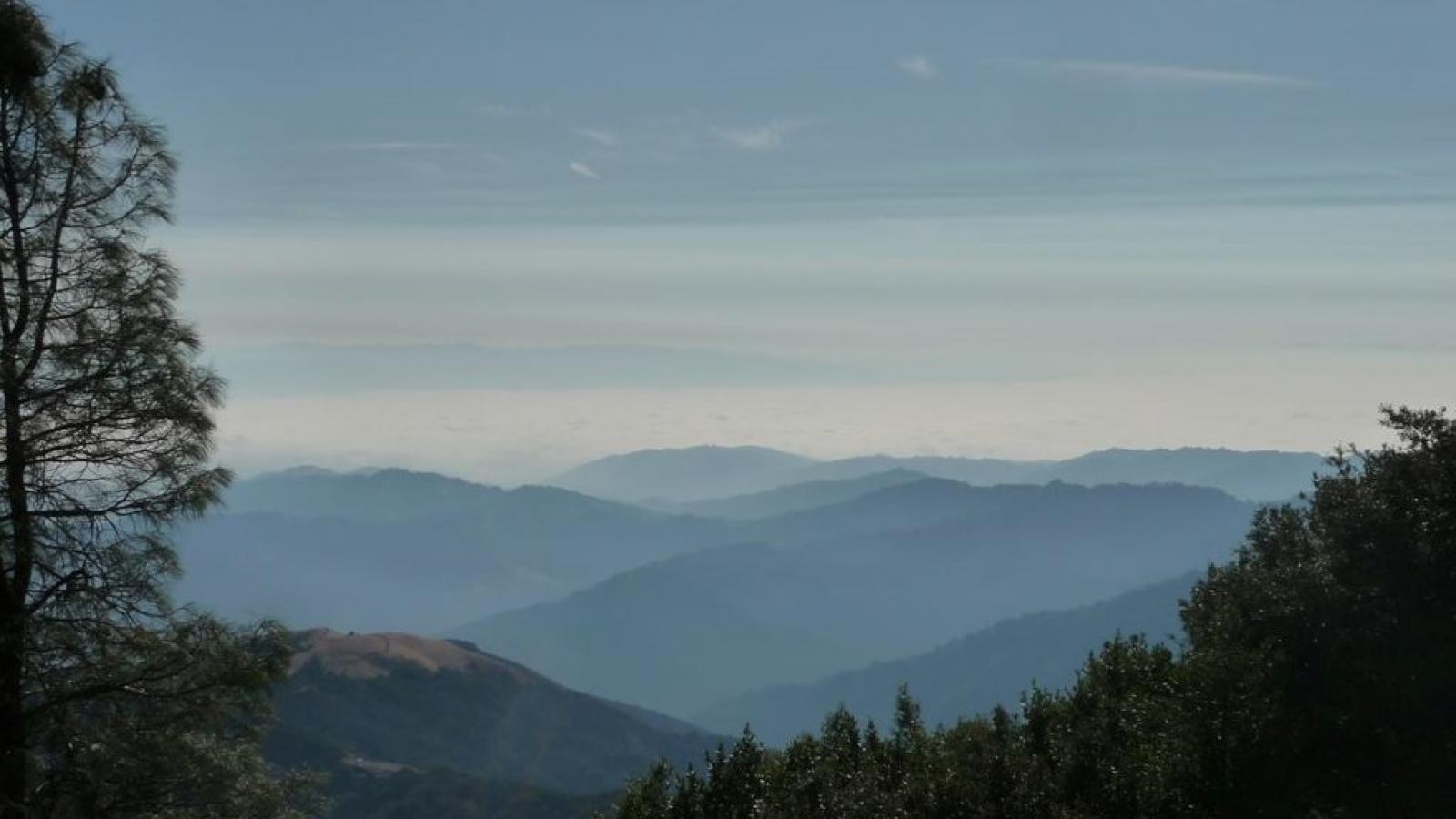 Vista from Mount Umunhum (David Worthing)
Back to top

Celebrate 50 Years of Community Accomplishments with Midpen in 2022

In 2022, the Midpeninsula Regional Open Space District invites you to join us in marking 50 years since our founding. It is a remarkable milestone of community foresight and continued shared values, and something to be celebrated. A journey to the summit of Mount Umunhum in Sierra Azul Open Space Preserve provides a wonderful vantage point for seeing the results of the first half-century of Midpen’s work and how community needs have expanded our priorities over time.

Along the easy-access paths atop Mount Umunhum, you will find two awe-inspiring, but contrasting vistas. On clear days, the San Francisco Bay gleams to the northeast. It is ringed by hubs of innovation and industry, home to well over 7 million people. In nearly every other direction, the rugged panorama of the Santa Cruz Mountains is breathtaking, looking deceptively wild. These views encapsulate the story of how Midpen came to be. 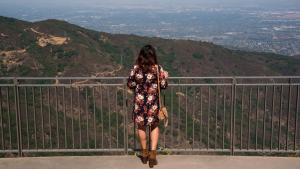 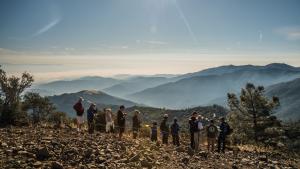 In the late 1960s, Nonette Hanko was raising four young children when she became increasingly alarmed at how quickly the nearby open spaces were being developed. She worried that children like her own would soon be left without the opportunity she had growing up to connect with nature.

Hanko began going to city council meetings and talking to everyone who would listen, including Palo Alto Times newspaper reporter Jay Thorwaldson who suggested she follow the East Bay’s lead in creating a regional park district to protect the land. Soon, Hanko was hosting meetings in her living room with other concerned citizens. Together, they sparked a grassroots conservation initiative called “Room to Breathe” that culminated in the founding of Midpen in 1972 with the successful passage of Measure R by Santa Clara County voters. Since then, voters in San Mateo and Santa Cruz counties expanded Midpen’s geographic boundaries to now include most of San Mateo County, including the Coastside from south of Pacifica to the San Mateo–Santa Cruz county line.

Sierra Azul Open Space Preserve now forms the southern tip of a 65,000-acre greenbelt of public open space land protected by Midpen that stretches along the ridgeline above the cities and towns of Silicon Valley – a remarkable milestone that has only been possible through the efforts of an entire community coming together for a shared goal. Preservation alone, however, is only one step in supporting clean air and water, climate change resilience and healthy, biodiverse ecosystems throughout the region.

With a long history of human disturbance, the Santa Cruz Mountains and its ecological functions have been impacted over centuries. These lands have been logged and clear-cut, mined and farmed, dammed and flooded, settled and abandoned. Much of the work that Midpen now does – through the hard work and dedication of staff, contractors, partners and community volunteers – is managing and restoring the natural resources. Midpen employs a broad, scientifically informed toolkit to restore natural ecological functions, maintain or increase native biodiversity and mitigate wildland fire risk. On Mount Umunhum, this meant literally moving mountains to restore the peak after it had been leveled to establish an Air Force base. Each native plant you see at the summit was planted by hand to return the native flora that had once flourished in this unique environment. In this way, Mount Umunhum epitomizes the story of how Midpen has evolved since the public agency was first founded.

Throughout 2022, there will be ample opportunities to commemorate past accomplishments, get excited about future projects and acknowledge everyone who helps bring Midpen’s mission to fruition. We are planning a family event at Ravenswood Open Space Preserve in East Palo Alto, a community event at Johnston Ranch in Half Moon Bay and more.