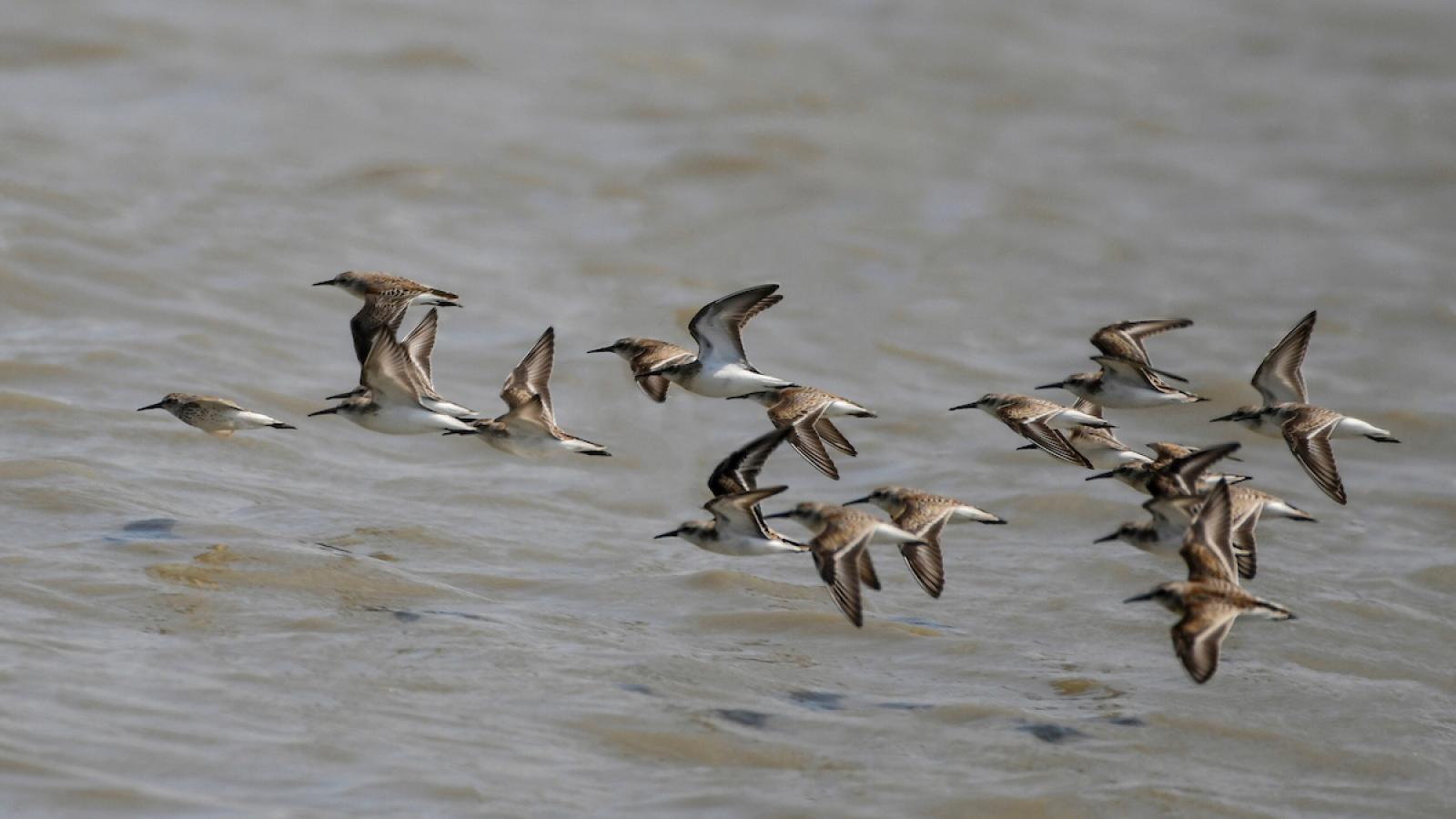 Nature in November: The Pacific Flyway

Sandpipers (Shai Dickman)
Back to top

Each fall brings a torrent of feathers to the Bay Area. With freezing winter weather approaching, birds across the world are moving south to areas that have more abundant food and good nesting sites. For some bird species, this means flying from the Arctic as far south as Central and South America. Year after year, these migrating birds follow the same flight paths, forming great north-south sky highways known as “flyways.”

There are four flyways that span the North American continent: the Pacific, Central, Mississippi, and Atlantic Flyways. The Bay Area sits at the center of the Pacific Flyway, which extends from the high Arctic to Mexico — approximately 4,000 miles.

Within this flyway, the San Francisco Bay serves as a critical stopover for migrating waterfowl. As the largest estuary on the West Coast, there are an abundance of habitat types and food sources for migrating birds. Although 90 percent of the wetlands that originally surrounded the Bay have been developed or degraded, this estuary hosts higher proportions of the total wintering and migrating shorebirds on the Pacific coast than any other wetland. More than one million individual shorebirds representing more than 38 species make their way through Bay wetlands every year!

If you want to catch a glimpse of these impressive flocks, head to a bayside preserve sometime between November and February — bring binoculars!