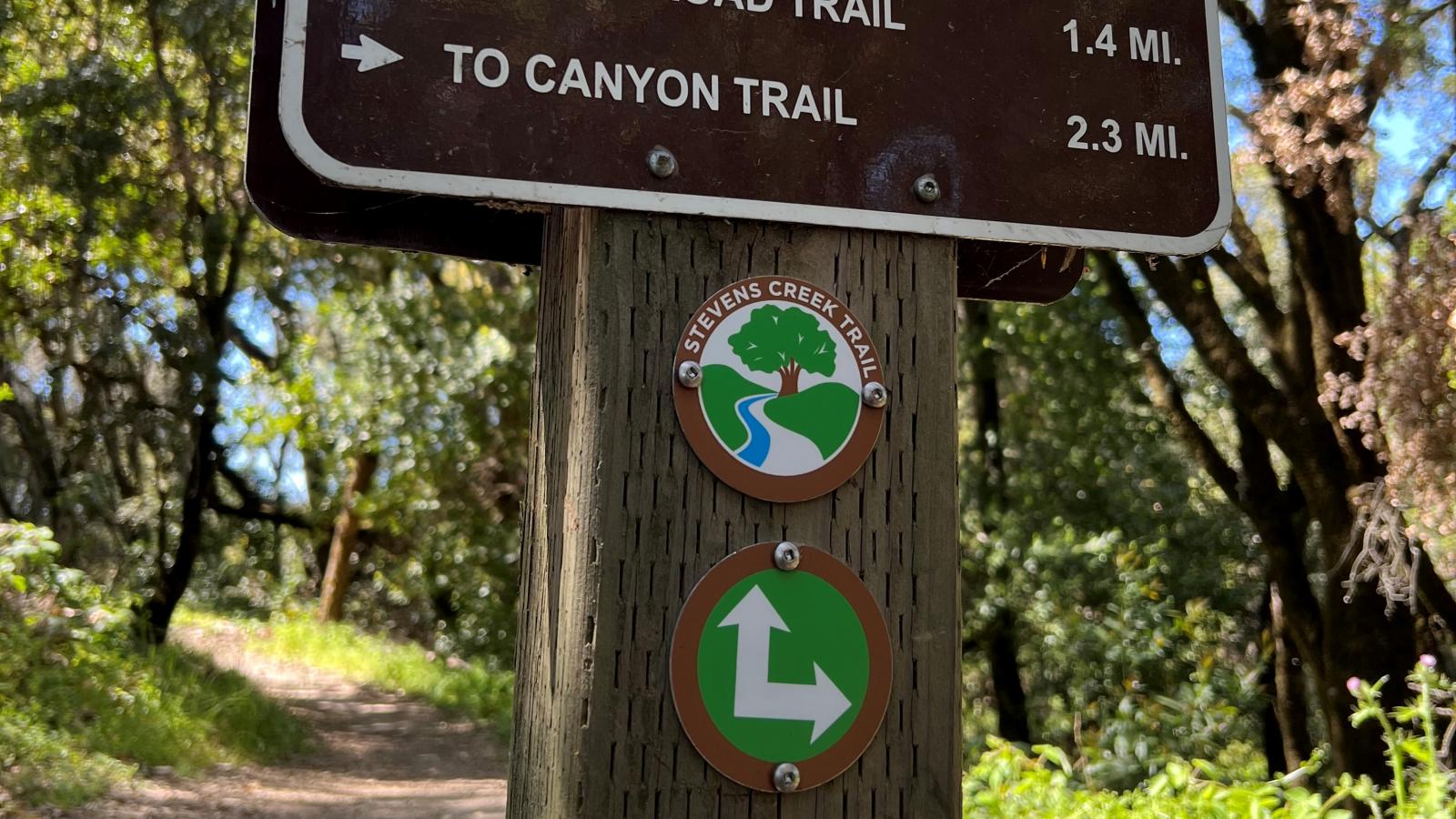 New Stevens Creek Trail medallions can now be found on 3 trails within Monte Bello Open Space Preserve. The signs have been installed on roughly 4 miles of existing preserve trails.

The FoSCT led a signage working group consisting of public agencies through which the regional trail runs (Cities of Mountain View, Sunnyvale, Cupertino, and Los Altos, Santa Clara County Parks, and Midpen) and other regional trail partners (Bay Area Ridge Trail and San Francisco Bay Trail). This working group assisted with finalizing and approving the Stevens Creek Trail medallion design which will be used throughout the jurisdictions as a unifying symbol of the regional trail. Midpen is the first agency to install the new medallion signage, with the other agencies working towards their own future medallion installations.

“The Friends is extremely pleased to now have Stevens Creek Trail in Monte Bello Open Space Preserve. This is a substantial addition to the trail where users can enjoy the views and natural setting of a mountain environment. Midpen is also the first to deploy the new SCT medallion, developed in collaboration all of our regional trail partners. The medallion will help unify the trail throughout the corridor. In Monte Bello, the medallions mark the furthest upstream portion of the trail, a big step towards completing it from the mountains to the bay,” said Friends of Stevens Creek Trail Board President Greg Unangst, . 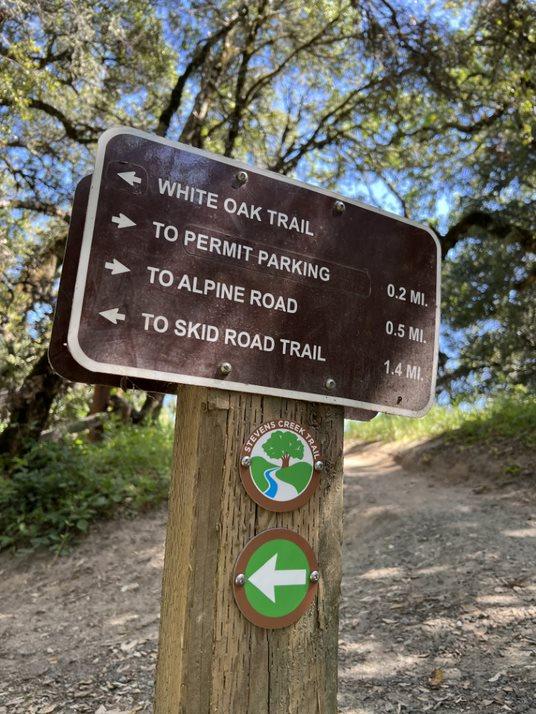