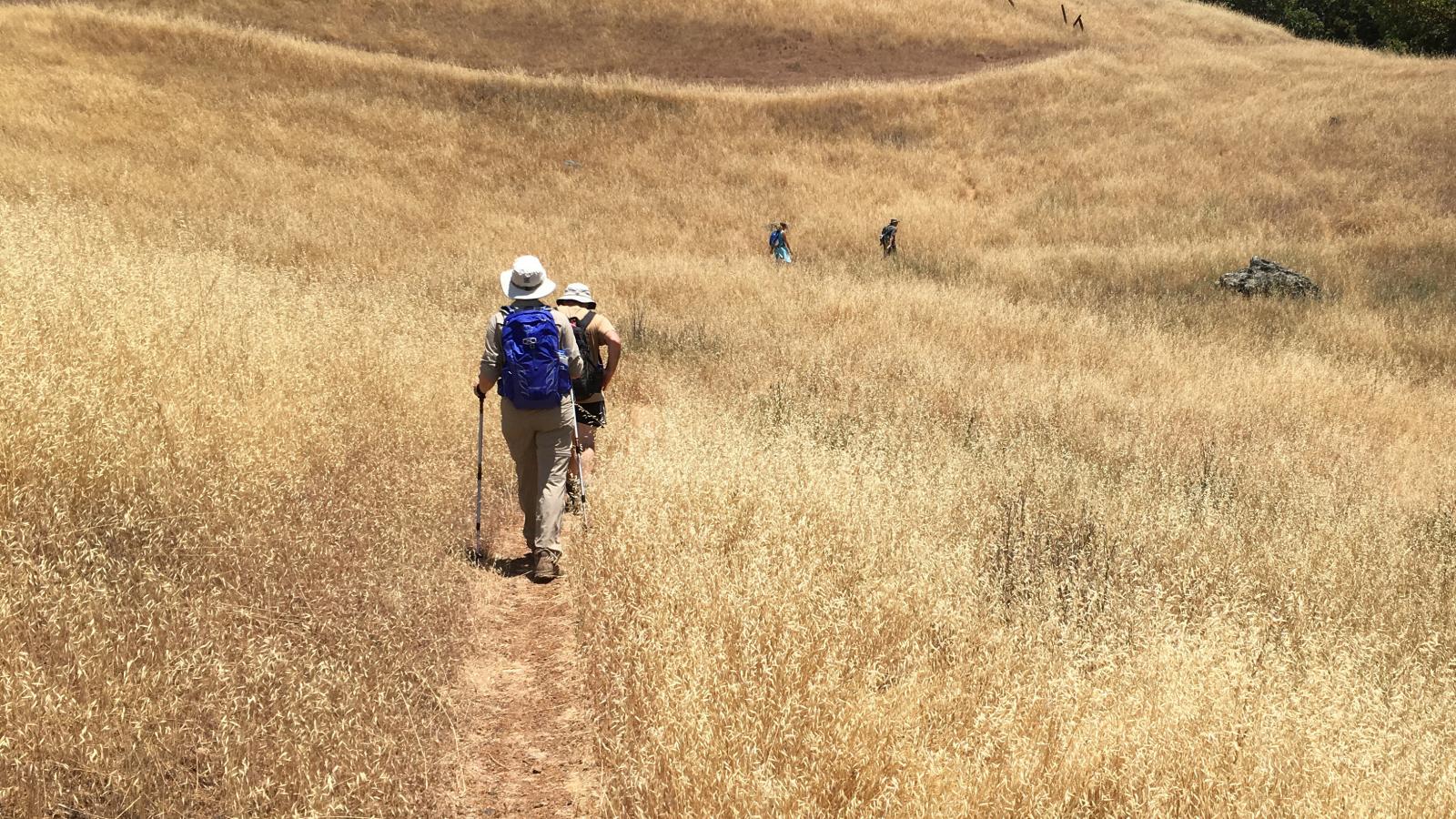 (David Moss)
Back to top

Learn about new purple martin nests in Sierra Azul, help keep our golden hillsides safe on the Fourth of July, get trail updates and share your input on our prescribed fire plan or projects at Purisima Creek Redwoods Preserve at an open house. Read on for more information about these stories, our 50th Anniversary celebrations and everything that's happening in the Midpen preserves. 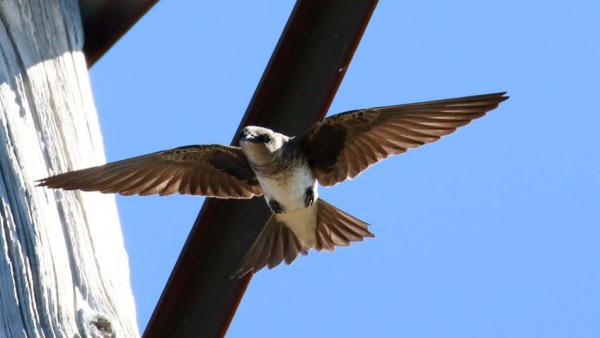 The purple martin (Progne subis) is the largest swallow in North America. July is the end of their nesting season. The majority of its range is in the eastern half of the United States, where this flashy swallow nests almost exclusively in human-supplied housing. 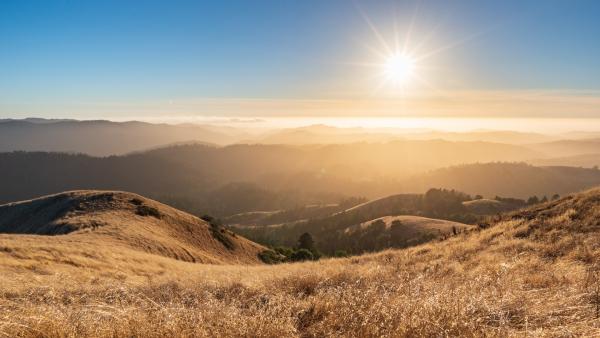 Safely Celebrating the Fourth of July

Stay Fire Safe! To maintain public safety during the ongoing drought and fire season, Midpen will strictly enforce preserve and parking lot closure times – no access after sunset on July 4, 2022. 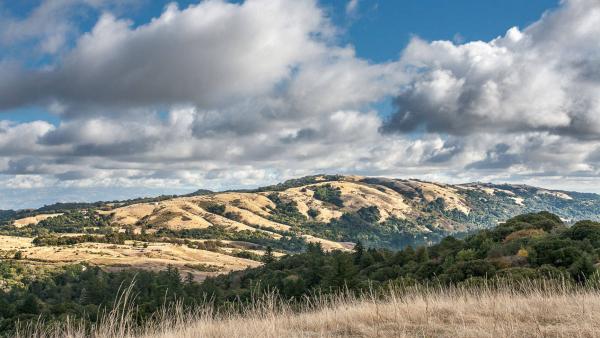 In 1973, not long after the formation of Midpen, Herb Grench became its first general manager. His passion and determination made him the perfect fit for the role.

Join the Midpeninsula Regional Open Space District’s 50th Anniversary Midpen Explore Challenge on the OuterSpatial app to learn more about the preserves in your backyard! Discover the trails, history, flora, fauna and more that can be found in the Midpen preserves with open public access. Visit all the preserves — either virtually or in person — to complete the challenge!

Save the date and come celebrate Midpen’s 50th Anniversary of public open space preservation, protection, restoration, access and education. This free admission Coastside Community Celebration will include entertainment, activities, food and fun for all ages.

Here are just a few of the upcoming guided activities offered this month by our volunteer docent naturalists.

July 3 - Earthquake Walk at Los Trancos Preserve
July 12 - Among the Trees, Bushes and Flowers at Thornewood Preserve
Explore a variety of plant life as you descend through chaparral into a redwood forest to Schilling Lake.

Join us for a volunteer project and help us protect the land with invasive plant removal and restoration planting in a Midpen preserve. Projects open for registration the first Wednesday of every month.

Check in on July 7 and register to join us for August projects.

Learn about and share your input on two projects related to public access at Purisima Creek Redwoods Open Space Preserve. We would like to hear from you on the preliminary trail alignment and parking area design options for the Purisima-to-the-Sea Trail and Parking Area Project. We would also like your input on the Purisima Multimodal Access Study Project’s proposed strategies to promote greener modes of travel and better manage parking and visitation, which will inform the Purisima-to-the-Sea Trail parking area design.

Join us at the virtual open house

As part of our Wildland Fire Resiliency Program, Midpen staff is working to add prescribed fire to our land management toolbox in late 2023. We are currently further developing the prescribed fire program and will be sharing it with the public and answering questions through three community open houses:

See our complete schedule of events

The Alpine Road Trail will be CLOSED from July 13 through October 31 for trail construction and repair. The work will correct the degraded roadbed and failing culverts that have led to significant erosion and sedimentation issues.

The trails at Coal Creek Open Space Preserve link to Alpine Road, which serves as an important regional trail connection for cyclists, equestrians and hikers alike. In April of 2019, we entered into a formal partnership with San Mateo County, and established a process to build a trail on the old roadbed.

Learn more and sign up for project updates
Image 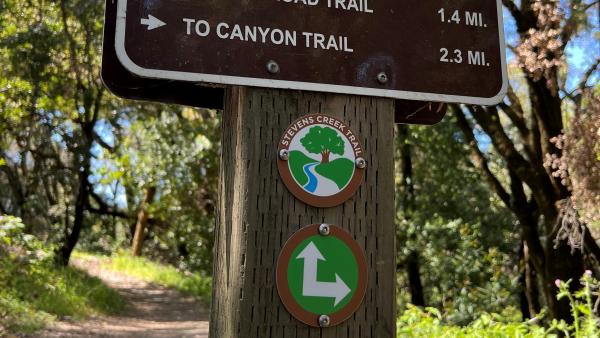 Midpen began the Windy Hill Open Space Preserve fuel reduction project on June 13. As shown in the time-lapse video above, we focused on removal of low tree branches and understory plants in forested areas to slow potential fires and keep them on the ground, while retaining enough canopy to maintain shade, reduce rapid regrowth and minimize erosion.

The work at Windy Hill was conducted with the support of our partners at San Jose Conservation Corps, with whom we have an $750,000 contract through 2025 to increase staff capacity for vegetation management projects on Midpen lands.

On Wednesday, June 29, the Midpen board of directors approved the following electric bike policies:

In 2019, the Midpen board began considering options for designating specific trails, paved and unpaved, as open to specific classes of electric bikes. A e-bike policy evaluation pilot program was formed in 2020 to study the potential impacts of e-bikes on both paved and unpaved trails. Communication to Midpen regarding e-bikes has been collected, monitored and categorized to track public sentiment since the beginning of the paved pilot in December of 2020.

E-bikes will continue to be allowed in areas where bicycles are permitted as an other power-driven mobility device for visitors with a mobility disability under the Americans with Disabilities Act.

The next election for the Midpen board of directors will be held on November 8, 2022 for Wards 1, 2, 5, and 6 directors. Anyone who is 18 years of age and who is a resident and registered voter in the ward from which they are nominated may run for a seat on the board of directors. The nomination period opens on July 18 and runs through August 12, 2022.

On June 8, the Midpen board of directors received a presentation on the proposed alignment of a future multiuse trail in Bear Creek Redwoods Open Space. Due to potential safety concerns raised by community members, staff was directed to study additional options for separate user group trails and potential trail alignments and to return to the board at a later date.

At its regular meeting on June 8, the Midpeninsula Regional Open Space District board of directors adopted an $84 million budget to fund 95 key projects and 16 supporting projects for the fiscal year running from July 1, 2022 through June 30, 2023.

Over a quarter of the projects included in the FY23 Capital Improvement and Action Plan section of the budget are eligible for reimbursement through Measure AA, the 30-year, $300 million general obligation bond approved by voters in 2014. Action plan projects span across the four main program areas supporting Midpen’s strategic goals: land acquisition and preservation, natural resource protection and restoration, public access, education and outreach, and assets and organizational support.

See the budget and other financial documents

Currently all Midpen board meetings are held via teleconference. The meetings may be viewed online. There is also a dial in number to listen by phone. Links are included in the meeting agendas posted online 72 hours before the meeting. Some community open houses will be held in person.

Members of the public may provide written or oral comments by submitting a public comment form.